As well as this, Remnant: From the Ashes has been nominated for the Jerry Goldsmith XIV award for ‘Best Score for a Videogame’!

I’d like to give a big thank you to the people over at the Melbourne Web Fest and Bilbao Web Fest for nominating my soundtrack for Ren for best original score – twice!

The soundtrack to the wonderful series, Ren, is now on sale for £5. 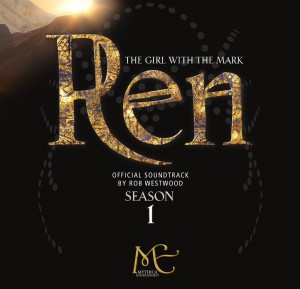 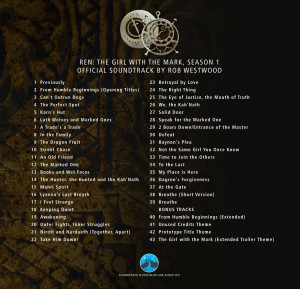 If you haven’t watched Ren yet, you can watch it on YouTube for free here.

Ren: The Girl with the Mark is an original fantasy action series starring Sophie Skelton (Outlander) and directed by Kate Madison (Born of Hope). Ren is the tale of a young woman who, after a strange encounter in the woods, is marked by an ancient spirit. Cast out from her small village, she is forced to leave behind the family she has spent her whole life protecting and journey across the land to find the real meaning behind the mark she bears.

LEGO® Marvel Super Heroes was released today. I had the privilege of scoring the entire game and thoroughly enjoyed writing new themes for many classical Marvel characters. I hope you enjoy it.

LEGO® Batman 2: DC Super Heroes won a BAFTA award in the family category at the 2013 BAFTA Games awards hosted by Dara Ó Briain. I wrote about 30 minutes of original music which was spread throughout the game, including a new theme for the Joker, Lex Luthor and the Justice League of America to sit beside Danny Elfman and John Williams’ epic scores for Batman and Superman respectively.

Cinders wins “Best Original Score” of 2012 over at VNs Now!

MoaCube’s beautiful visual novel, Cinders, has received a great amount of praise since its release in June 2012. It garnered a fair amount of praise because it moved away from the traditional anime art style and gave a fully interactive feminist retelling of Cinderella in which you built your own ending. The soundtrack was released on the 24th of December 2012, and it has since been awarded the “Best Original Score” for the year of 2012 at VNs Now.

A few days after the premiere in London, today, The Underwater Realm has been released online – for free – in a whopping 4k resolution.

LEGO® The Lord of the Rings Released

Today marks the release of LEGO® Batman 2: DC Super Heroes, the hotly anticipated sequel to LEGO® Batman. Following an original story, there was plenty of room for original music alongside a selection of brilliant tracks from Danny Elfman’s 1989 Batman score. Watch out for the themes of the Joker, Lex Luthor and the Justice League of America.

MoaCube’s beautiful visual novel, Cinders, has been released today. Make sure to grab the free demo from here: http://moacube.com/games/cinders/

Copyright © 2009-2016 Rob Westwood. All music is Copyright © to it's respective copyright holders. All Rights Reserved.